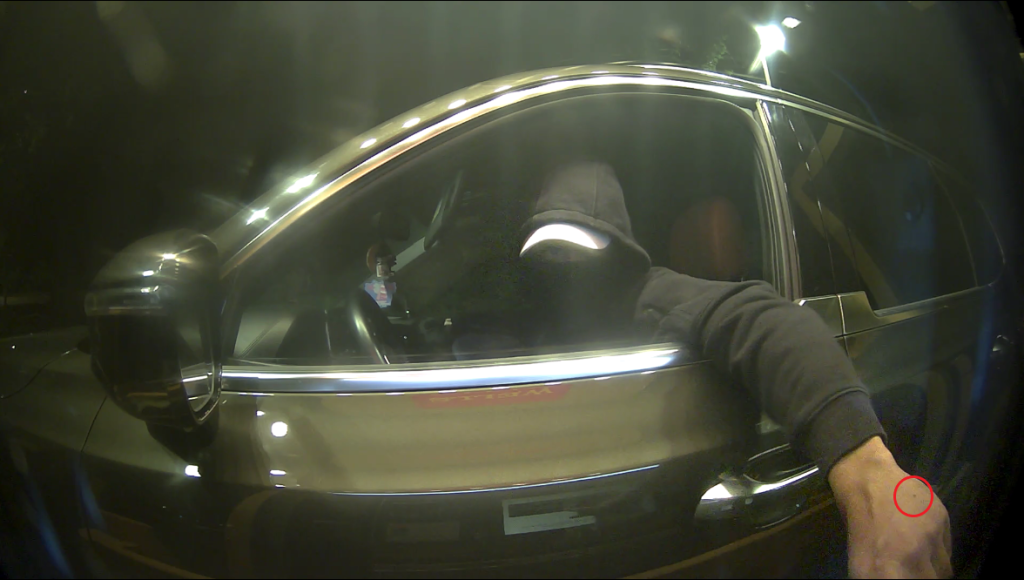 Durham Police Investigators are attempting to identify the individual in these surveillance images.  This individual is a suspect in an alleged kidnapping and subsequent robbery.  The suspect was described as being a young Hispanic male with a mark on his left hand which is circled in the image. 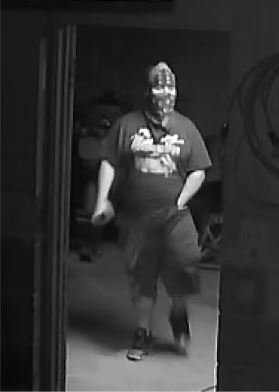 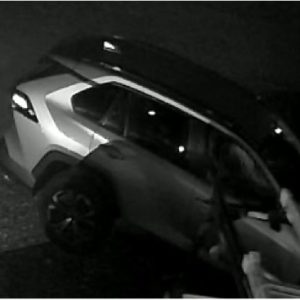 On 11-1-21 a business was reported to have been broken into, and tools stolen.  This suspect is alleged to have committed the break in.  He was driving the silver SUV.  If you recognize the suspect call CrimeStoppers. 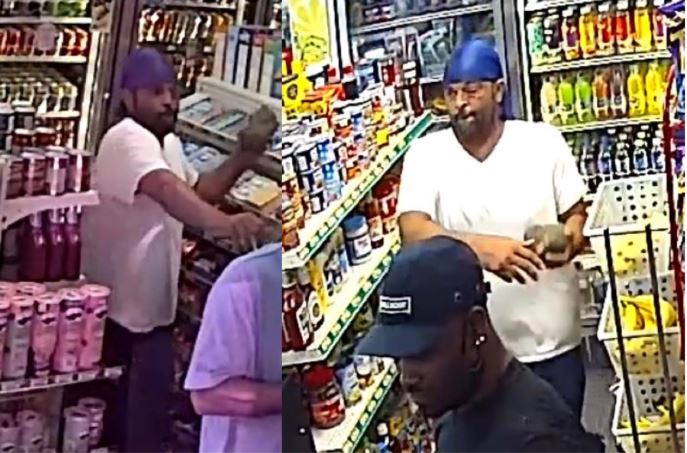 Durham Police are attempting to identify these suspects in an aggravated assault that occurred in the 1200 block of Morning Glory Ave on 9-27-21.  If you recognize them, call CrimeStoppers at 919-683-1200. 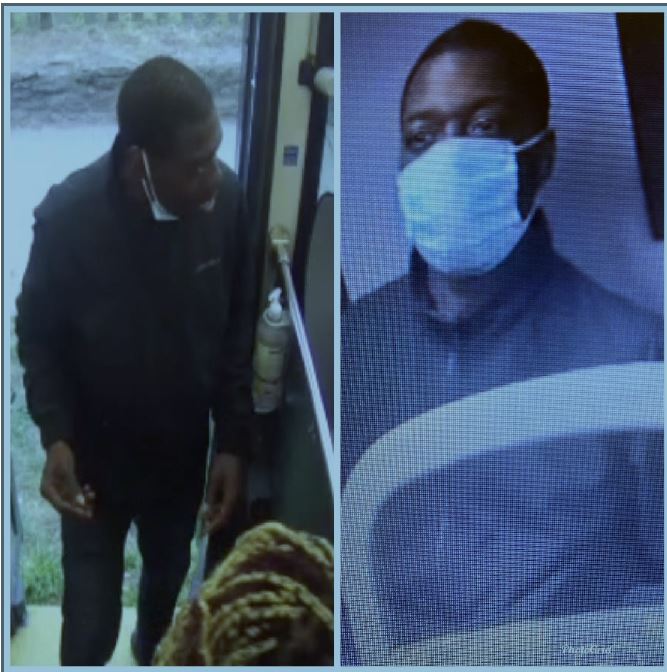 Durham police investigators are trying to identify this suspect in an alleged assault on a city bus.  He’s supposed to speak with an accent, and is known to frequent Urban Ministries as well as The Village.  If you can identify him contact CrimeStoppers at 919-683-1200.

Durham Police robbery investigators are attempting to identify these four suspects who were allegedly involved in a robbery. 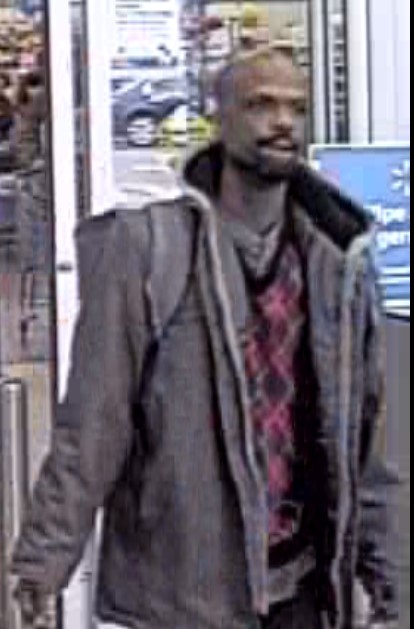 District 1 investigators are attempting to identify this suspect in a felony larceny.  The suspect is alleged to have picked another customer’s pocket at a local business. 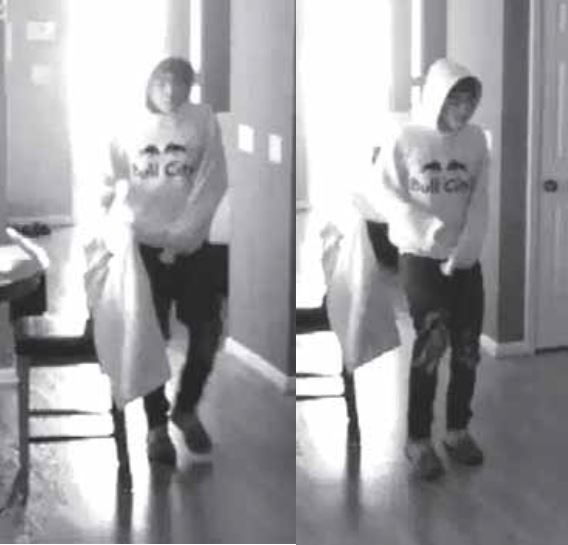 District 1 investigators are attempting to identify an individual who allegedly burglarized a house on Lodestone Dr.  If you can identify this suspect call CrimeStoppers. 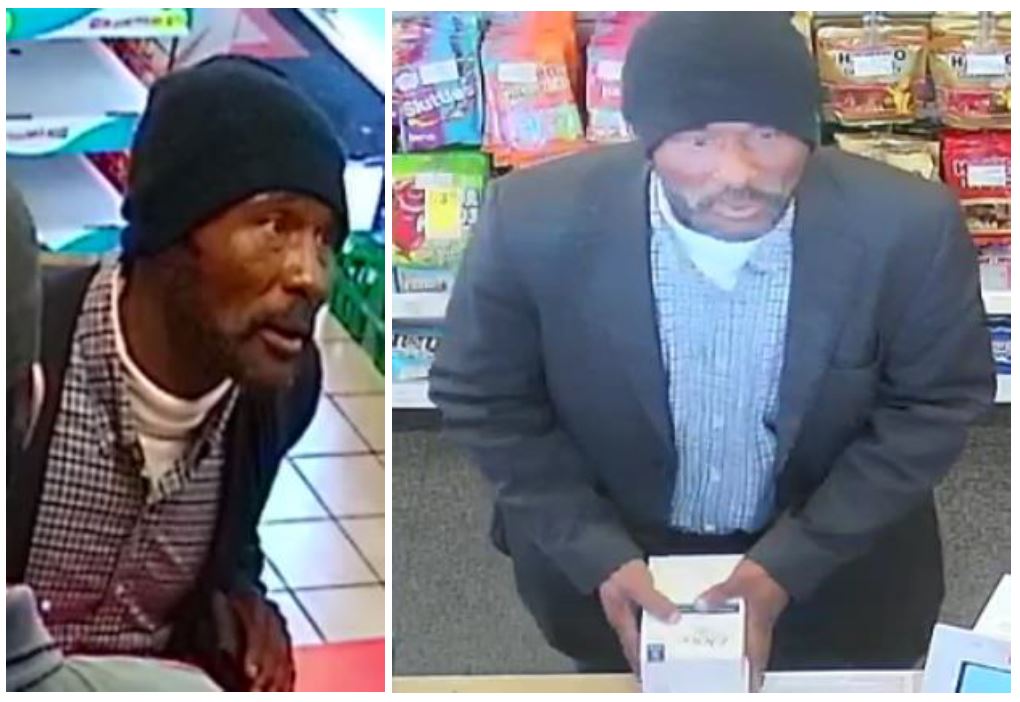 The individual pictured here is a suspect in a larceny from motor vehicle that occurred on Hickory Glen Ln.  If you can identify him, please call CrimeStoppers. 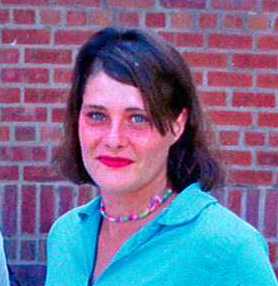 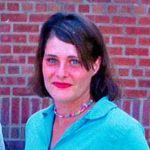 Patrol officers were searching for a burglary suspect in the woods near Chandler Road and Ross Road in eastern Durham on January 22, 2010 when they found the body of Crystal Lynn “Jersey” Baker, 24, of Durham.

Baker had been stabbed to death. She had last been seen in the area of the Budget Inn on Holloway Street. 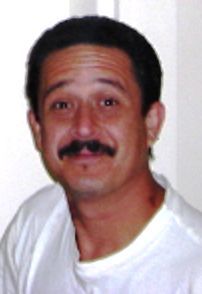 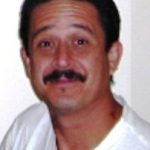 Lira was with friends when they were involved in a fight with a group of people inside the club. The fight spilled out into the parking lot and a male fired a shot at Lira and his friends as they were getting into their vehicle to leave, according to witnesses.

Lira drove away from the club, but his friends realized he had been shot, switched drivers and started driving toward the hospital. On the way they ran out of gas on the Durham Freeway and flagged down an officer. 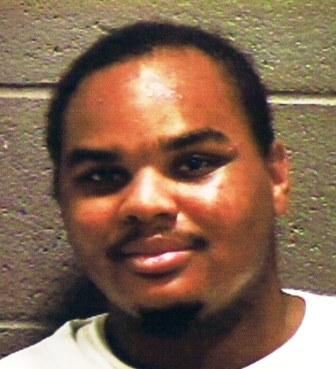 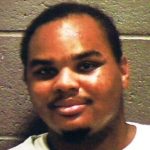 A male flagged down an officer around 9:24 p.m. on November 2, 2008 and told him a man had been shot near the intersection of Dowd and Elizabeth Streets.

The officer found Ernesto Allen, 27, of Gray Avenue lying on the curb in front of 418 Dowd Street. He was taken to Duke University Hospital, where he was pronounced dead a short time later. 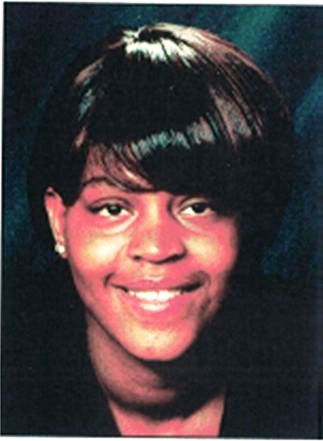 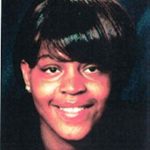 Carrie “Nook” Denise Watkins, 23, of Sater Street was standing outside 503 Bruce Street near Angier Avenue when she was shot in a drive-by shooting shortly before 11 p.m. on Friday, July 18, 2008. Watkins was taken to Duke University Hospital, where she was pronounced dead a short time later.